“Why are you scrunching your face up like that?” Lily’s mum asked, glancing up from scrolling through her emails for the first time since they’d arrived in the waiting room.

Lily quickly relaxed the expression they hadn’t realised they’d been holding. “No reason.”

That was a lie. They were staring at the very strange stain on their mum’s chair, but it seemed like a bad idea to point it out to her given the intensity of her current frown.

Mum sighed and looked around. “How long can they expect us to wait? We’ve been here 20 minutes already.”

It was just Lily and their mum in the waiting room at the ME clinic, though Lily wouldn’t be surprised if some people had seen the state of the chairs and turned around to wait in their cars. The brown of the carpet and greyish walls did not inspire optimism at the idea of treatment here or help to calm Lily’s nerves.

Just as Mum was rising from her chair, a person appeared from around a corner. “Lily Patterson?” they called, as if there were more than one set of people in the room.

It took a moment for her to understand, and then all she did was scoff. “Let’s not worry about that right now.”

Normally, Lily would argue back, but right now they needed to go and explain their illness to another new doctor. They stayed silent and conserved their energy.

Lily stood and walked with the doctor to their office. On the way, Lily told them, “My pronouns are they/them, by the way. Just so you know.”

The doctor nodded and said, “Okay, thanks for telling me. Mine are he/him.”

As they were walking back to the car an hour later, Lily was telling their mum how the appointment had gone. “It was okay, yeah. The doctor told me to start keeping an activity journal, and he told me how I should be changing my diet–”

“Well, I’m glad the appointment was worth it,” Mum said, her attention clearly on her phone like she hadn’t just spent an hour on it while waiting for Lily. “But that place was horrible. Did you see all the chairs?”

“Yeah, apparently they’re in the process of moving to a new facility, and they’ve had to move to this place for a little bit. My next appointment will be in the new building.”

“Thank goodness. Do you mind if we stop at the supermarket on the way back? I need to get some things for dinner.”

“Mum, I can’t do everything I used to.” Saying that truth out loud was hard. Lily took a breath before continuing. “I’ve been thinking, though – maybe I should get a wheelchair? Then I wouldn’t have to miss out on so much?”

Their mum looked horrified and confused, as if Lily had suggested purchasing one of the stained chairs from the clinic as a centrepiece for their living room. Then she pulled Lily into a hug and said into their ear, “Oh, honey, no, it won’t come to that. It would break my heart to see my daughter in a wheelchair.”

The nauseous feeling rolling through Lily made them pull back from their mum’s embrace. “Please, Mum, just call me your child. And a wheelchair isn’t a bad thing. So many people online say getting one really improved their lives.”

“Because they have to be in one. You don’t, you’re a normal girl. Or person, or whatever you want to be called.”

The only thing that kept Lily from crying in frustration was getting out their phone and texting their friends.

Now
Lils: Ugh today has been so shit

Matt: fuck her
How was the doctor’s?

Lils: good! The doctor was nice for once and I actually feel like I have some idea of what might help me feel a bit better
Shame my mum decided today is national misgender your child day

Soph: I’m glad the appointment went well!
she is the worst, don’t listen to her
my mum sends you hugs

Lils: thanks soph
And thanks to your mum. I am accepting all the hugs at this time
Only… 35 days until we’re back at uni and in our new house together!

Blue: just say the word and I will be there in a short 5 hours ready to whisk you away

Lils: I’m stuck here while I have my appointments 🙁
Tomorrow night call though?

Matt: YES
I bought wine for this

Blue: oh no
But yes I am there

“Hey, you useless cat, get up here, I want to show you to the adoring masses.” Matt was mostly out of view from Lily and the rest of the gang on the video call the next evening as he tried to summon his cat. “Fine! Get out of here then. I didn’t want you anyway. Sorry, folks.”

“Nooooo,” Lily said. “My entire mental wellbeing was resting on seeing that cat.”

“Never fear, everyone!” Blue announced, and they turned their camera around to show a softly lit tank holding a single clown fish. It was currently swimming around a miniature replica of SpongeBob SquarePants’ house. “Behold Bubbles, a reliably present pet.”

“Awww,” Sophie said around a mouthful of crisps. “Fish are the cutest. I wish my parents allowed me to have a pet.”

“That’s why everyone should live with their grandparents. They’ll give you whatever you want.”

“If they’ll give you whatever you want, why did you get a fish?” Matt asked.

Blue pulled the camera back to face them. “I will put up with your bigoted views on fish at uni, but you cannot say that when Bubbles is around. And to answer your question, my grandparents are old, and I think they’d kill anything more demanding than a fish while I’m away.”

“Maybe I should ask my grandma for a wheelchair,” Lily mused. “She might understand more than my mum.”

“Have you thought about crowdfunding for it?” Sophie asked.

Lily paused. “Would anybody actually give me money for it?”

“Oh, shit, we’re doing this.” Blue cracked their knuckles. “I’ll look up how to get one started.”

In a few seconds, Lily was left alone on the video chat as their friends all ran around their rooms, finding their phones and art supplies and paper for ideas. This is never going to work, Lily thought. But their friends loved a project, and there didn’t seem to be any stopping them now.

Five days before university started, Lily lay on their bed, exhausted. Tomorrow was move-in day, which made today packing-everything-into-the-car day. They’d only done half of it, but they could physically do no more. The only environment they could deal with was the one in which they lay now: silence, lights off, curtains drawn.

They wished they felt excited to be moving out, but they knew that uni would be very different this year. Lily would have to prioritise classes if they wanted to keep up with their work, and that would inevitably mean having less energy for socialising. And without a wheelchair their social life would probably be even more non-existent. They enjoyed their degree, but they didn’t care so much that they wanted to give up everything else to complete it.

“Lily!” their mum called from downstairs. “Come back down and help me with the rest of this!”

There had never been a more fitting time for Lily to put in their ear plugs and close their eyes.

The buzzing of their phone woke them up later that afternoon. Luckily, Lily’s mum had stayed away, and they felt a little better, though they knew they’d be pretty fatigued for the next couple of days.

Lily read the latest message on their phone, which simply read: ‘WOOO!’ No way, Lily thought, frantically clicking the app to read the rest of the messages. Their hands shook as they gripped the phone.

Soph: ditto
Also I think that was my neighbour’s dad, he was super moved when he read the page

“YES!” The hopelessness that had felt so overwhelming a few hours ago dissipated. Maybe they’d still be able to go out with their friends. Their life would be different this year; there was no way around that. But maybe it wouldn’t be as different as they’d feared.

Now
Lils: this is incredible, thank you so much <3 I did not believe we could do this but you people can make anything happen. Am struggling this afternoon but tomorrow we can celebrate in a way that involves very little energy xx

Matt: Sleepover in sophie’s room! I hope you feel better soon <3 we’ll make sure you don’t have to do any unpacking tomorrow and have time to rest

Soph: I hope you’re all ready for some very close spooning because my bed isn’t very big

Lils: A sleepover sounds perfect. Thanks everyone. I literally cannot wait to be in the house with all of you

dubble is looking for new contributors. Find our pitching guidelines here: Write For Us.

Keely (they/she) is a copy editor based in Norwich. When not editing, they can be found in a corner reading a book/fan fiction, at a table somewhere playing Dungeons and Dragons, or at their desk writing. 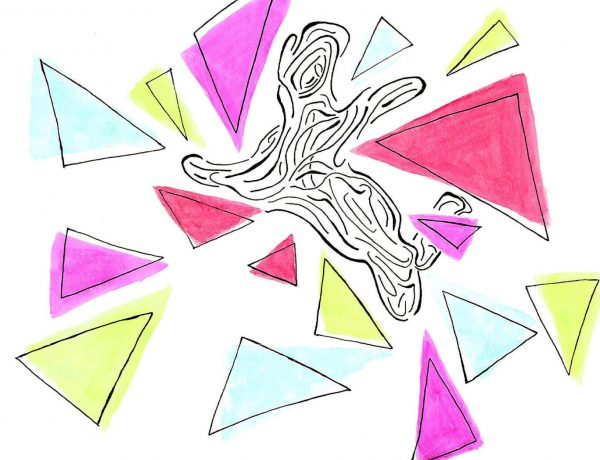 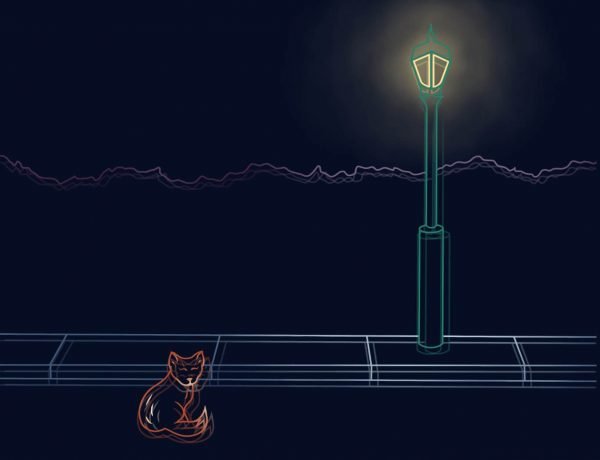 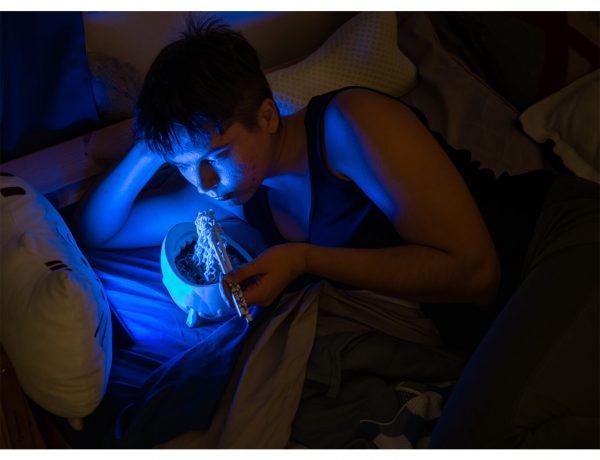 Depression Meals 101: How to Make Ramen