After Take-2’s terrible reception at E3, the future is uncertain for presentations about diversity, equity, and inclusion.

The E3 Expo (Electronic Entertainment Experience) has been a landmark in the gaming calendar since 2017 when the trade event became public to those passionate about video games and the gaming industry. It has earned the reputation of being an impressive and significant occasion in the gaming community, but unfortunately, after this year’s presentations, E3 2021 has disappointed many gamers and prompted a backlash.

Take-2 Interactive – one of several leading games publishers to have headlined at E3 this year, and the parent company of popular studios 2K Games, Private Division, and Rockstar Games – received the brunt of E3 fans’ resentments on Monday 14 June. Their corporate responsibility discussion on diversity, equity, and inclusion in the gaming industry failed to impress most of its audience for reasons fair, trivial, and prejudiced. In light of the presentation, not only have discriminatory attitudes within the gaming community resurfaced in mainstream media but the future of such discussions at E3 have been put in jeopardy.

Well, what happened was…

‘Take-2, like many organisations, is deeply committed to and actively involved in numerous initiatives to enhance diversity, equity, and inclusion within our society and industry,’ began Alan Lewis, Vice President of Corporate Communications and Public Affairs at Take-2 Interactive, as he introduced the keynote earlier this summer. ‘Effecting meaningful sustainable change is a continuous problem and there is no one solution that can achieve that goal. We believe that to enact change, especially for those in underserved and underrepresented communities, there needs to be a continuum of activism and engagement with educational programmes serving as its core foundation.’

Initially, the keynote not only offered insight about the forefront of progressive developments in the industry but also a conversation about the efforts Take-2 have made to make their games more diverse – this, at least, most of the audience was hoping for. But as the presentation got going, it quickly became evident that the focus of the conversation wasn’t so much video games and gaming so much as Take-2’s support for diversification in the industry.

The company has predominantly achieved this through enabling the education of those from underrepresented communities in gaming development, publishing, and other fields within the trade, with the support of partner organisations, including Gay Gaming Professionals and Girls Make Games. The keynote also outlined their corporate values on diversity and recruitment and highlighted systemic problems surrounding gender, race, and sexuality in the industry.

Most of the audience soon realised the talk wasn’t what they had expected from the publisher. In the lead up to E3, fans had speculated on announcements about some of their most popular upcoming titles, particularly from Rockstar’s Grand Theft Auto and Red Dead Redemption franchises. So, when met with a progressive yet distinctly corporate discussion instead of flashy trailers and gameplay reveals, the best part of the audience felt dissatisfied. The few who appreciated the presentation were drowned out by a myriad of complaints in the Twitch and YouTube comments.

A worryingly large amount of the viewers took to criticising the topics in discussion and spreading discriminatory misinformation. Take-2’s panellists – Toni Ligons (2K), Kari Toyama (Private Division), Nir Efrat (Take-2), Vonnetta Ewing (Take-2 NY), Susanna Pollack (Games For Change), Gordon Bellamy (Gay Gaming Professionals), Laila Shabir (Girls Make Games), and Jim Huntley (USC Games) – talked earnestly about their work towards improving diversity, equity and inclusion in the industry and, fortunately for those enjoying the conversation, appeared to be unaware of the abundant prejudice against women, people of colour, and LGTBQ+ people in the comments section throughout the 45-minute event.

On social media, industry professionals despaired not just at the reception of the keynote, but at the disrespectful attitudes of those in the gaming community throughout the programme. ‘If you’re watching E3 on Twitch or YouTube, do yourselves a favour for yourself and your mental health, hide the chat,’ Steve Saylor, blind gamer and accessibility advocate, shared on Twitter shortly before the event.

Many of those bizarrely against the topics in conversation appeared to be additionally outraged over the presentation’s lack of upcoming game announcements, especially for the Grand Theft Auto franchise. Upset that the keynote didn’t involve what are basically big-budget gaming ads, the disgruntled audience complained of apathy and boredom. In fairness, they weren’t the only ones: a quick Ecosia search will tell you that. Online, gamers and streamers alike have posted their live reactions to the presentation.

‘Look, I’m all for all of this, man,’ says Yoda Wise, comical streamer, in a YouTube clip. ‘I’m agreeing with all this. This is beautiful. But this is E3 Monday, and I thought I’m tuning in for game announcements and it’s ten minutes in on justice and politics. I 1000% agree with all of this, I’m not saying I don’t. Just kind of weird. What’s going on here? I’m looking for Bully 2. Has anybody seen Bully 2?’

Like Yoda Wise, it seems a vast majority of the gaming community has misunderstood E3 as an event solely for the biggest companies in the industry to showcase their upcoming games via trailers and gameplay demonstrations. From its inauguration in 1995 until becoming public in 2017, E3 was an industry-only event, where individuals and organisations in the industry had the opportunity to learn about upcoming developments and to network with their peers. Even now E3 isn’t strictly about upcoming games, existing more as a showcase for the latest work of the gaming industry.

‘Surely Take-2 shouldn’t have to pander to their audience with special effects and fancy video edits to get them to care about inclusion.’

In fact, the Take-2 E3 keynote – a panel of industry professionals discussing their work – actually fits with the company’s history at physical E3 shows. With E3 2021 being virtual due to the pandemic, it appears most of this year’s attendees wanted its headliners to stream entertaining gaming content rather than updates from and for the gaming industry. It’s likely that many of those watching the Take-2 presentation this year wouldn’t have found themselves in the audience at previous E3 shows, being gaming fans rather than people in the trade. Indeed, the keynote may not have received such backlash – if any – if it had been a physical presentation at E3’s usual venue in Los Angeles.

This begs the question of whether Take-2 should have made a greater effort to make their keynote more engaging, not just for industry professionals, but also for the wider gaming community. The publisher must’ve been aware that the entirety of E3 2021 would be virtual – streamed online for anybody to watch – so it does seem quite hasty to have only planned what is essentially an eight-way Zoom call for their audience. Video teleconferences can certainly be tedious to participate in, as most of us know. However, surely Take-2 shouldn’t have to pander to their audience with special effects and fancy video edits to get them to care about inclusion.

A Better Future For Gaming… Or Is It?

Since the backlash, there’s doubt surrounding whether the publisher and its peers will ever again host a panel at the event on how they, as corporations, are accountable for diversity, equity, and inclusion in their business (at least, to an international audience). According to some, however, this might actually be for the best.

Threaded within the discriminatory and trivial complaints to the Take-2 keynote on Twitch and YouTube were claims that it was condescending, problematic, and unethical. A subsect of audience members believed that the publisher only based their keynote on these topics for corporate gain. Unfortunately, this is indeed a problem that exists not only in the gaming industry (see Devolver Digital’s satirical E3 showcase), but throughout today’s corporate landscape.

While I researched online for this article, I stumbled upon a thought-provoking Tweet from consultant and author, Kim Tran Ph.D, that illuminates the sinister nature of this sort of quandary. ‘When I first got involved in Diversity, Equity and Inclusion, a friend warned that the appropriation of radical language to achieve capitalist ends would wreck me,’ Kim shared. ‘He was right. It is heartbreaking to see harm reduction and transformative justice become management tools.’

It’s hard to tell what to make of Take-2 considering the rampant mistreatment of diversity, equity, and inclusion in the industry over the last decade. Big corporations have been steadily realising that investing in these topics is good for their reputation among increasingly socially aware audiences, and therefore, their wallets. Creating a more liberal society is just a secondary benefit. While it may be good to see that Take-2 has been making efforts to ensure diversity in the industry, it’s important to keep in mind just how sycophantic big corporations can be.

This isn’t to say that the gaming industry should avoid discussing and celebrating diversity, equity, and inclusion at future events – quite the opposite. Here at dubble, we want more, especially for the disabled gamer community. Although accessibility settings were discussed briefly in the Bandai Namco Entertainment E3 2021 showcase, there was next to no mention of the representation of disabled people in upcoming games throughout the headline shows of E3 2021.

Despite whether gamers thought the keynote to be an enlightening conversation, a boring slog, or something else completely, at least its poor reception has highlighted the need for progress throughout both the gaming community and the industry. Although it was encouraging to see the discussion cover gender, race, and sexuality, it was disappointing that there was little about people with disabilities or chronic illness at E3 this year. For now, we’ll have to wait and see what’s in store at the next E3 Expo when it comes around in 2022.

dubble is open for submissions. Find our pitching guidelines here: Write For Us.

Jordan (he/him) is an experienced writer and photographer with a passion for narrative-driven video games. His work predominantly surrounds themes of environment, violence, and masculinity. Since he was diagnosed with dyslexia and dyspraxia while at university, he has become committed to raising the visibility of disabilities and chronic illnesses in both fiction and the media. 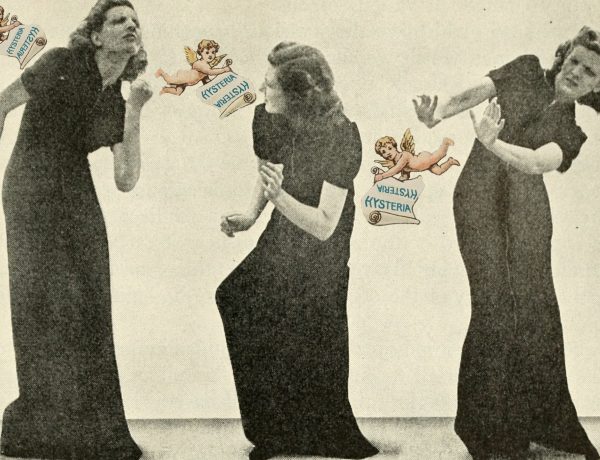 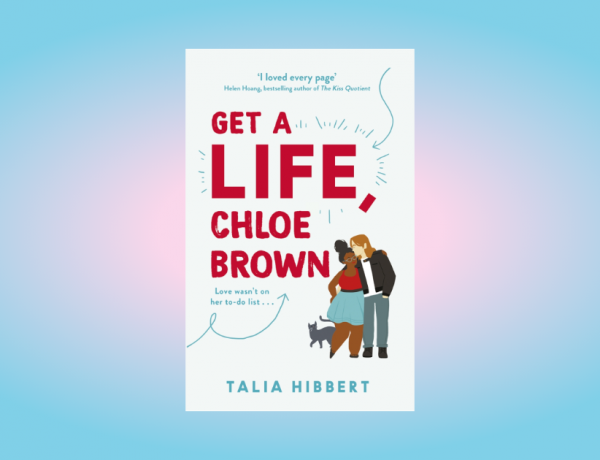 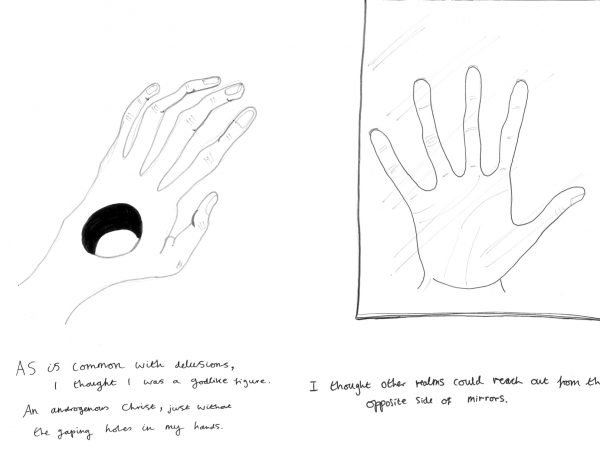